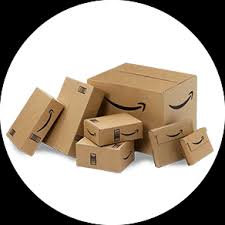 Amazon was founded in 1994 by Jeff Bezos. It started merely as a book store and later expanded to CD, DVD sales, Blu Ray, furniture, apparel, electronics, audiobooks, video games, toys, jewellery and many more. In 2015 Amazon was able surpassed Wal-Mart to become the largest American retailer. It is also the fourth most valuable company in the world and the largest internet company when it comes to revenue. This is no small feat. They ship their products to basically anywhere from US shipping address HK to Australian and South America. Being a very popular company Jeff Bezos has been able to expand into many other businesses too. The popular e-book Kindle reader is sold through the Amazon website. They also offer different shipping methods for customers to get the product sooner and return policies that allow the customer to return the product which is limited to a certain number of days.

eBay is another popular e-commerce website founded by Pierre Omidyar in the year 1995. It was created as a side project but grew to become a large business.  eBay is considered a very notable success story of the dot-com bubble. It is an online auction and shopping website that offers many products to its customers. PayPal was also once owned by eBay from 2002 to 2015. The websites earns revenue from advertisements and the fee charged to sellers for listing items and for selling them. Compared to Amazon eBay has many individuals buyers and offers shipping similar to Amazon shipping. Further year over year, eBay has enjoyed continuous revenue increase. There are millions of items bought and sold through eBay every day. Visit http://webox.hk/en/

Alibaba is a Chinese e-commerce website founded by Jack Ma. It was first made as a business to business portal but later on expanded on to business to consumer and consumer to business as well. Alibaba is one of the largest internet companies and its online sales and profits have surpassed all US retailers. Alibaba is also Asia’s most valuable company. Alibaba has allowed many Chinese businesses to contact foreign businesses to trade and sell. More than 80% of China’s online sales are made through Alibaba.

We use cookies to ensure that we give you the best experience on our website. If you continue to use this site we will assume that you are happy with it.Ok