Evolution is a thing that is common to everyone, and everything. It is evolution that made us the sentient living being we are. But evolution is not always biological. Evolution could be seen everywhere if one decides to look. Taking the evolution of the field of information technology as an example; around ten years ago, a mobile phone that could operate a camera was a prestige, and a luxury, around twenty years ago, mobile phones were extremely rare and only prototypes existed. This shows the distance that technology has evolved, and also showcases the rate that the evolution is happening is very high. The World Wide Web, or simply, internet is one such branch of information technology that had undergone much evolution over the years, and it can be seen very visibly. 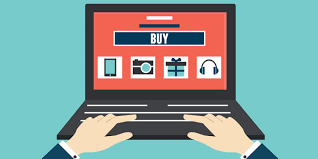 Taking a look at the distance that the web has come, it can be seen that something that was simply created for employees of a certain organization to exchange data with each other has come a long way to the stage where it is connecting the whole world now. It had created so many changes, and while there are a few negative things that had come with the usage of the internet, if one knows how to utilize it and to do it well, the things that can be done are only limited to your thinking capacity. Friends can be instantly connected, one can gain information about almost anything, calculations can be done, you can let your family know that you are doing well and a businessman would only have to create online store, and the sales would increase rapidly. There are many more tasks that can be done through the assistance of the internet and this shows how important the role of internet is in the modern society.

The emergence of social media and other such websites has made it very easy for anyone to contact anyone, and the fact that even the world leaders are active on social media goes on to show how significant the evolution of the web has become. It has a direct impact on the economy as well, as ecommerce is being done through the internet and the internet and information technology acts as the foundation for the ecommerce agency that can be seen today.

It is clear that the internet has evolved from something humble to much of a necessity. One can only expect the future to be brighter as the internet evolves opening up many business opportunities, friendships, careers and many more development schemes as a whole.